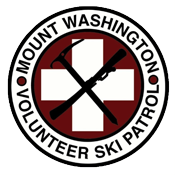 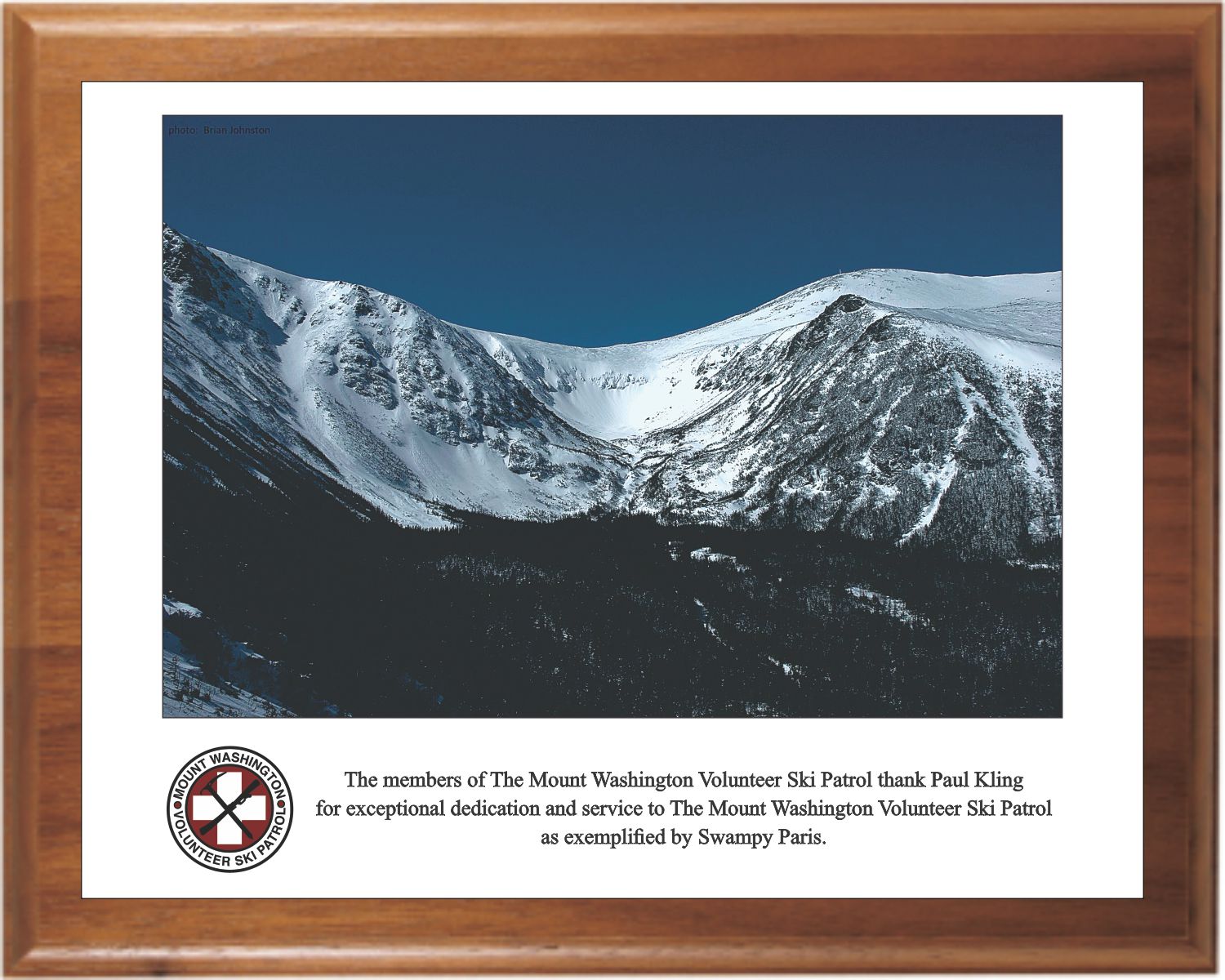 From 1939 through 1982, Henry “Swampy” Paris was the founding director of what has become the Mount Washington Volunteer Ski Patrol. He had a passion for the Cutler River Drainage, a passion for his fellow humans who enjoyed recreating there, a passion for watching over and attempting to ensure their safety, and a passion for helping them when those attempts failed.

Please join us in honoring these individuals:

“Roger, over the past 46 years, has followed Swampy’s dedicated example. He has shown unparalleled dedication, loyalty, and discipline in his routine. He has been generously supportive of, and is admired by his fellow snow safety teammates. His love for snow, curious nature, intellectual depth, and thoughtfully innovative spirit has helped lay the foundation of the snow science we study and apply today. Many people have been educated under Rogers diligent mentorship and tutelage. This has had a direct impact on the safety of the recreating public as well as the safety of his fellow patrollers, snow rangers, and snow scientists. Rogers continued effort in snow science, and as a dedicated patroller, is an inspiration to all who encounter him. It is with the greatest honor, we, the members of the Mount Washington Volunteer Ski Patrol, present him with The Mount Washington Volunteer Ski Patrol Swampy Paris Thank You.” 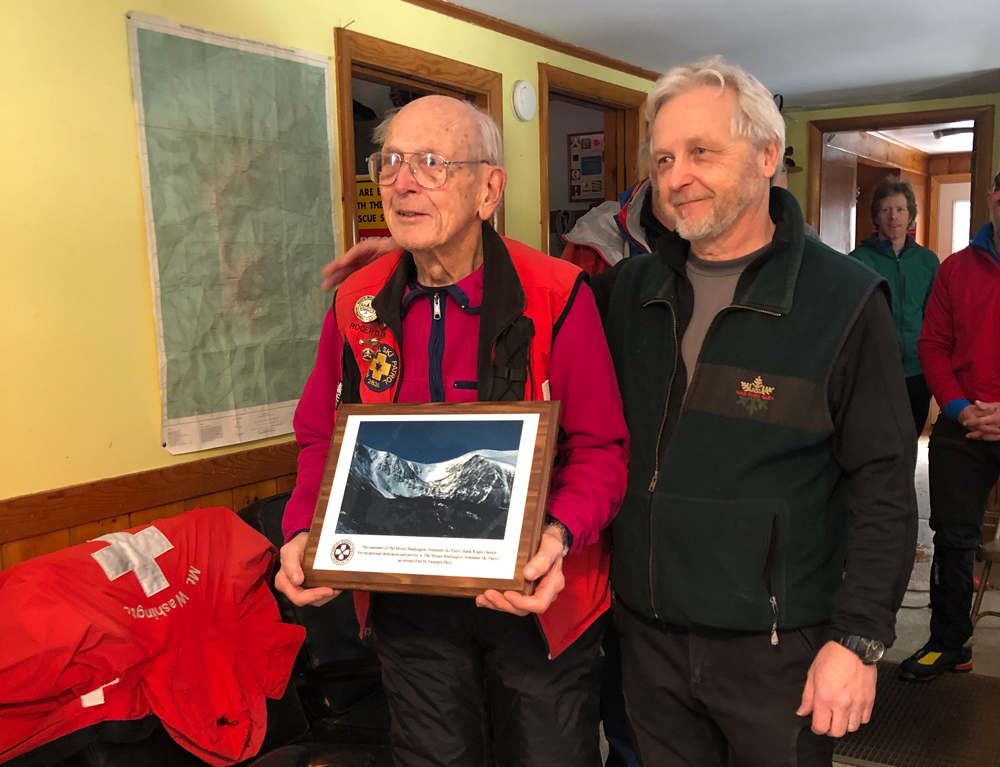 “Paul has followed Swampy’s long-term passionately dedicated example: By tirelessly and selflessly protecting the recreating public through engaging on-the-spot education; By repeatedly and happily providing long hours of response coverage; By actively practicing genuine respect for, concern for, support of and warm devotion to your fellow patrollers” 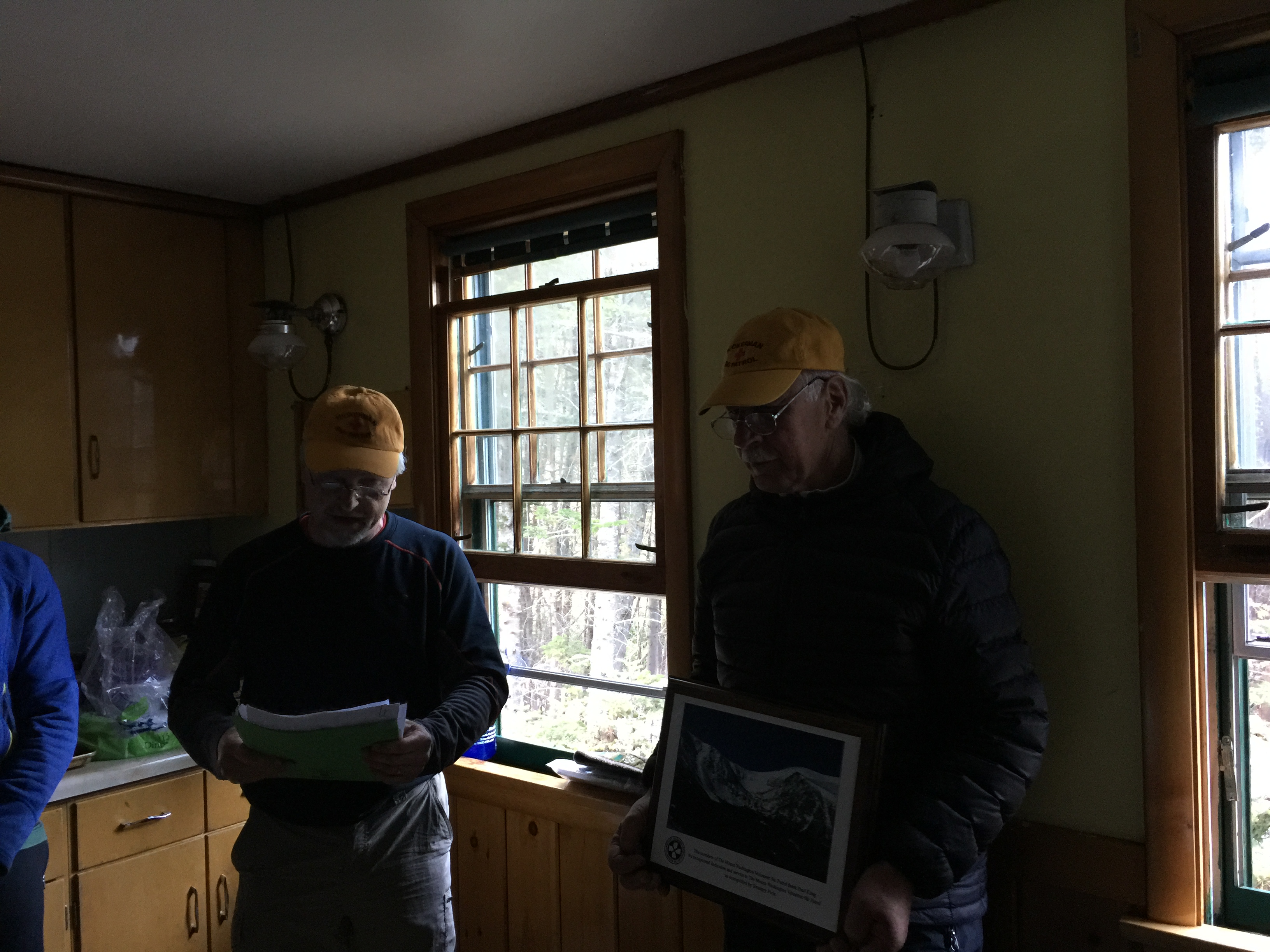